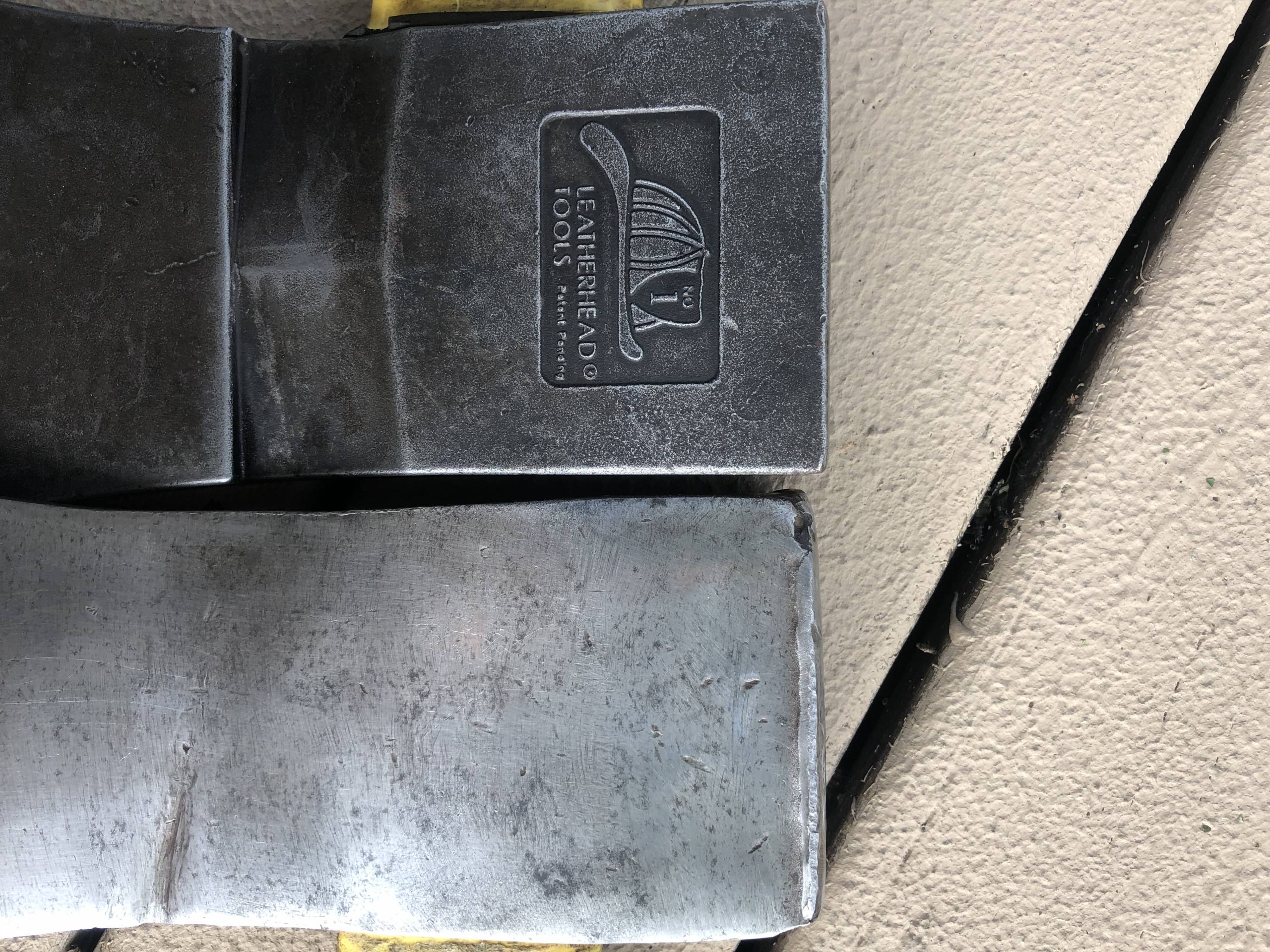 If you look at striking tools that have been in use, it is not uncommon to see evidence of “mushrooming.” Mushrooming is when the once crisp edge of a flathead axe is now rounded and bent over. When striking an axe and halligan together the force not absorbed by the tools is passed on to do
the work. The force absorbed by the tool can cause deformation in the tool made with a lower strength or hardness metal. Both Metal alloy and manufacturing process contribute to the overall strength and
hardness of the end product. When mushrooming is found the most common practice is to file the tool back to the desired shape, but this results in a loss of material over time.

Metal hardness can be measured on several scales including Brinell, Knoop, Vickers, and Rockwell. The Rockwell scale (abbreviated HRA- HRK) is a test that determines metal hardness based on an indentation test under a large load compared to a small load

Understanding tool construction will help explain why you may notice deformation when using some tools. For example typical axes are HRC 45-55. The Leatherhead Ultra Force Axe and the TNT tool are made from 4140 tool steel and is HRC 60. This means when compared to other axes it is less likely to deform.

Copyright Leatherhead Tools | Made in America

This site uses functional cookies and external scripts to improve your experience.

NOTE: These settings will only apply to the browser and device you are currently using.