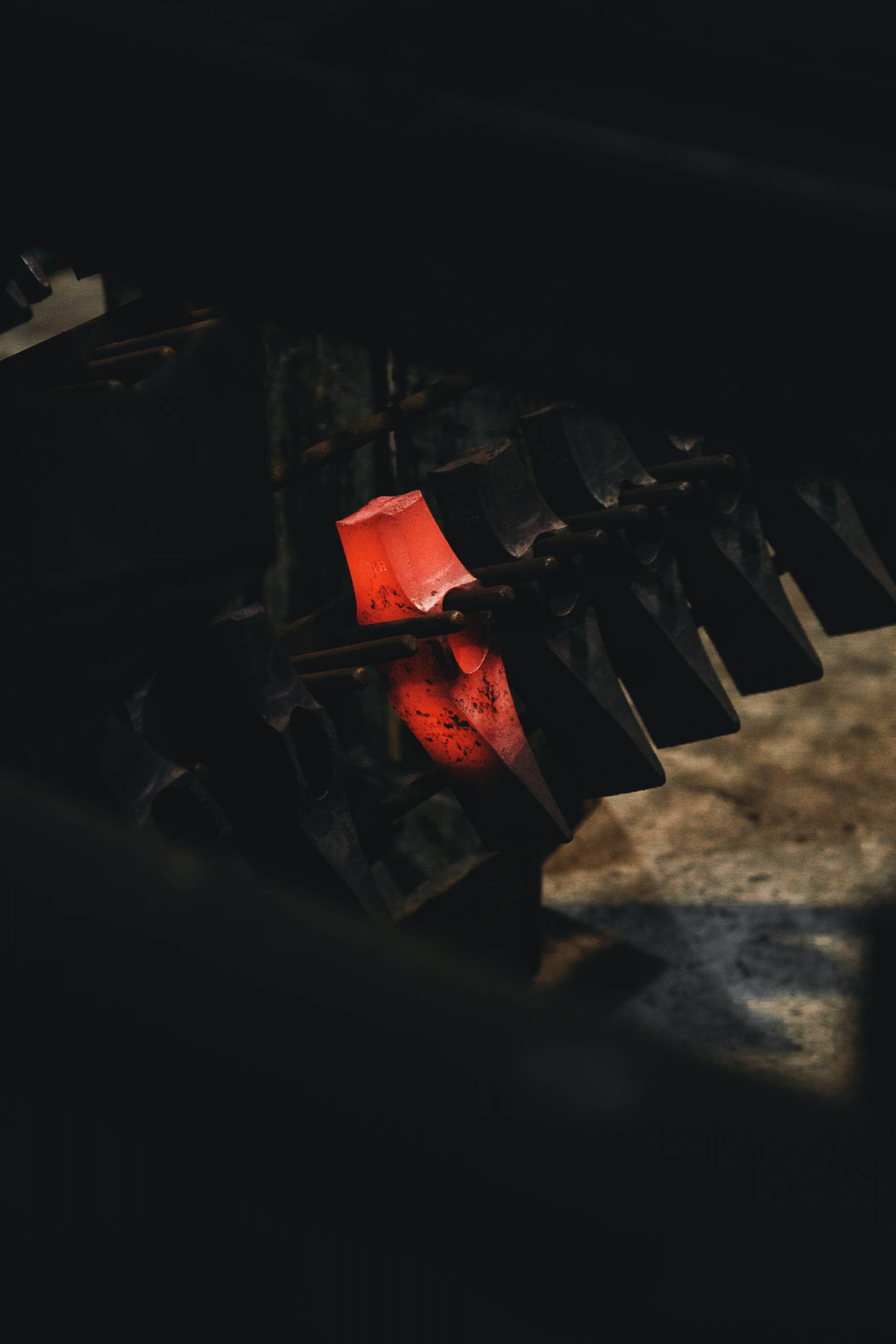 Firefighting tools are made by either casting or forging. What is the difference and why does it matter?

Forging uses compressive force or striking to shape metal to the desired form. The striking of the metal deforms and shapes the piece into the desired form. When metal is struck it forces the grain structure to tighten and form a more uniform structure when compared to casting. The change in the metal increases overall strength of the piece. Since altering the shape of metal becomes more difficult with the forging process, there is a limit the size of the piece that can be forged.

Casting is where molten metal flows into a mold or die. Casting allows for more complex and large shapes to be produced. Shapes up to 200 tons can be produced in this method. Casting requires the metal to be heated to a molten state and when it cools the metal grain structure aligns in a more
random manor resulting in reduced metal strength. Casting is often cheaper than forging.

The University of Toledo conducted a study on casting Vs forging ₁ and found the following:

Copyright Leatherhead Tools | Made in America

This site uses functional cookies and external scripts to improve your experience.

NOTE: These settings will only apply to the browser and device you are currently using.